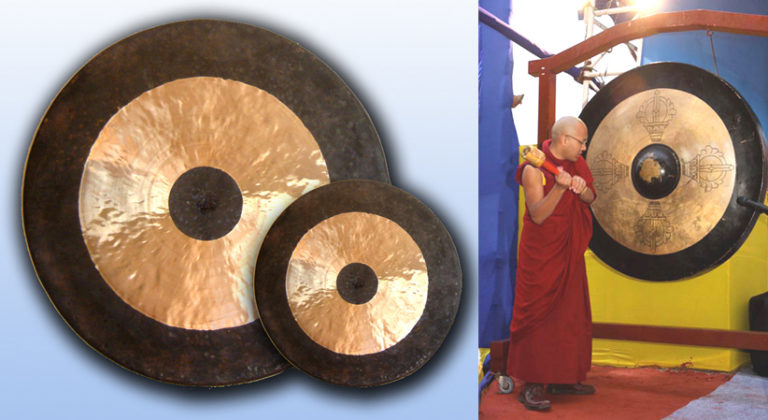 PLEASE NOTE: At the beginning of 2019 these imported Gongs from the Wuhan province of China range between R6,990. and R19,600. ORDERING: When the time of COVID19 is over, international flights have been reintroduced and the customs depots around the world have been cleared of many months of backlog. THEN I will be the FIRST to order for my South African market while looking forward to the recovery of the South African Rand.

You are welcome to phone me and make an appointment to see the Gongs from my showroom at my home in Simonstown, Cape Town.
Phone: 021 – 786 9325 or 0835095505
OR…..If you live upcountry, people make their selection of the Gong from the Sound that they hear over the phone. In this case your eyes do not detract from what you hear and your listening attention is not compromised.

Conditions when it is Unsuitable for Instruments to be Played 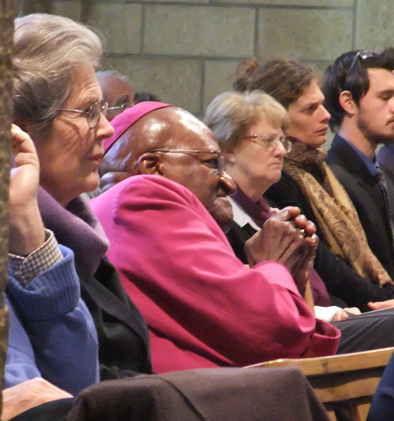 Gong is a percussion instrument

It falls under the musical classification of a ‘struck’ idiophone, like cymbals, glockenspiel & xylophone. Chinese music in its pure form, entails the study of the Five Elements: wood, water, earth, fire & the Gong falls under the metal element. Gongs serve as signal instruments, as rhythm makers & as Buddhist ritual instruments. In the West we use them in Orchestras, in Sound Therapy, in Martial Arts and Yoga training environments, in self awareness and anger therapy and businesses even use them to celebrate the attainment of certain targets. They make rare & additions to musical collections.

The Effect of Gongs

Gongs have an array of overtones and undertones which emanate from them.
When you stand in front of a gong, the sound not only obviously affects your ears, but you also physically feel the sound as well.

The gong does not have to be struck hard at all. The effects of a mild ‘gonging’ is quite obvious. Initially the mind moves towards the sound and communicates with it. Within a short time the analytical mind sinks into the sound and relaxes. In relaxing and letting go, the mind switches from the left brain rational thinking hemisphere, to the right brain which is spatial, abstract, creative, and here it dissolves into the Sound. When this happens we ‘become’ the Sound and the ‘I’ disappears for us to experience the essence or nature of our being and the Oneness and Voidness of everything.

How you interpret that physical feeling consciously is according to your individual history and experience……..almost like a triggered body memory or an unconscious memory lock. Sound waves move in and around the body on a subtle level. The science of energetics and the effects of pure sound is immensely powerful and well recognized.

It is used in so many different ways e.g. martial arts, bio-energetic therapy, in pre-birth situations, in autism, for the old aged/ Alzheimer’s, in medical applications, in initiation ceremonies, for general relaxation and de-stressing situations, for focus and contemplation in meditation, for integration, synchronization and for transformation. The acoustic & vibrational frequencies of Sound is a dynamic in our universe and is acknowledged to bring about profound shifts and healing on all levels.

When struck, a Gong vibrates at its centre producing an indefinite pitch and a myriad of harmonics. Each has its own extraordinary radiating sound with a unique diffusion of tones & sound colours. The larger the Gong, the more multilayered the Sound. Depending on the mallet that is used, the gong sounds dark, metallic or majestic.

Gongs of good quality are made of bronze (80% copper / 20% tin / 5% nickel) and the standard of this good quality is the expertise involved in five main processes: pouring, hammering, smoothing, tuning & polishing.

The process of making a Gong requires great skill. Still today, the resilience of the gong smith’s art has long depended on its direct transmission through the traditional apprenticeship system passed on within families from generation to generation.

Originally, they afforded protection against ill-omen & has been credited with strong healing powers. The Gong was considered an object of the highest value & had considerable power as a talisman of prosperity, strength & happiness.

Today in Asia gongs are used by Buddhists for sacred purposes in temples and palaces, private homes and public places, and as in the West, play a part in orchestral music. The Wuhan Province in China is famous for the making of authentic Tam Tam Gongs. The Gongs that I import are from the Wuhan Province.

The existence of the Gong dates back to the Bronze Age around 3500 BC. Evidence suggests that Gongs also existed at this time in Mesopotamia. Myth has it that sacred gongs included pieces of meteorites that fell from heaven. Chinese tradition says the Gong originated in the 6th century, in the country of Hsi Yu, between what is now Myanmar & Tibet. Gongs were used for ceremonial functions & healing rituals.

By the 9th century Gongs migrated from China to Java. The name ‘gong’ comes from Java which was one of the major gong producing centres along with Myanmar, China & Annam. Despite their use in the Roman era around 100 AD, gongs migrated from Asia to Africa & were introduced to the West in the late 18th century, when a few composers started to include the Gong into their compositions.

During Industrial Revolution (1760’s) Gongs were imported from the East for use in private musical collections, while often only used as decorative works of art. As war raged across Europe under Napoleon (1799-1815) gongs were all the rage. In 1901 at the time of the Boxer Rebellion Gongs were looted from Chinese temples and palaces and travelled to the West.

With their glorious bass note and beautiful craftsmanship, mystical traditions grew up around Gongs in the East. Being touched by one was thought to bring happiness and strength. That association with strength and power continues into their use in modern ceremonies and sports. But Gongs were also used on the death of a male family member when it would be struck repeatedly – the Sound of good fortune accompanying the spirit into the afterlife.