Please note that the prices shift slightly due to international exchange fluctuations.
Purchases are made by contacting me directly – 021 7869325 / 083 509 5505

Imagine the world as a web of gross & subtle sound, before which it was ‘unstruck’ or silent sound. Ornate bells are used in ceremonies the world over & can be used as a focus for meditation by rubbing its rim with a mallet to produce a sustained ring. These alpha-type sound waves are deeply relaxing & soothing, gently massaging one’s awareness which seems to stand still in the Now. Discordant physical, emotional or mental energy fields need to harmonized & entrained back to health. Empty your mind & listen how the sound of the bell emanates from Silence, how it resonates & how it finally returns to Silence. 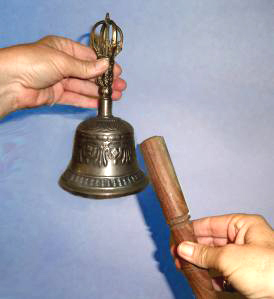 These are sacred ritual objects used by Tibatan lamas. The bell is rarely seen without the Dorjé as they have a symbolic mystical unity. 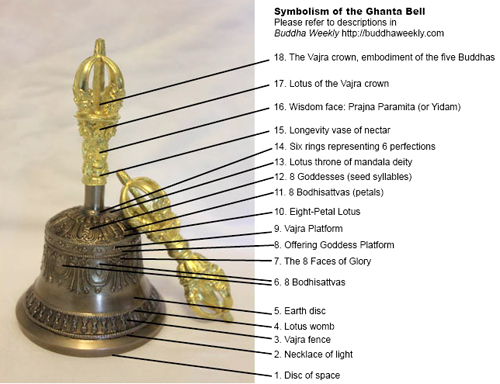 The main aim of Sound (bell) be it through instrument, prayer or mantra, with its counterbalance of Silence (Dorjé), is to harness the numinous experience & realization of the whole.

Alchemy happens metaphorically when the feminine principle (the bell) comes into unity with the masculine principle (the Dorjé). The female, yoni, lotus, bell, wisdom principle is ‘fertilized’ by the skilled method of indestructible, diamond-like, thunderbolt, male energy. When these come into unity the tantric energy transmutes itself into the pristine condition, the Paradise Garden, the Sanctum Santorum, the enlightened condition.

The History of Bells

Thousands of years ago chimes and bells were used as warning signals immediately prior to the events of uncontrollable forces. It was believed that God’s wrath brought windstorms, snow storms, hurricanes, fires, erupting volcanoes, avalanches, tidal waves and so forth. Thus, still today, they are known to bestow peace, good fortune and happiness.

An intimate connection existed in ancient India between bell sound & mystic experience, & today a handbell is still rung in temple ceremonies in India & other areas of Buddhist influence.

In Tibet & India, the bell symbolizes the perception of hearing the echo of primordial vibration. The vast majority experiences ‘sounds of bells’ during yogic practice. Pali Buddhist custom assimilates heavenly ‘voices’ to the ‘sound of the golden bell’.

Bells (Chung) were ritual percussion instruments over 4000 years ago in China during the Shun Empire. Still today the sound of the bell is placed in the same category as that of thunder. The music of bells is ‘princely’ music and a standard of universal harmony. The word for music in China is represented by the same symbol as that for serenity.

Confucian bells are associated with ideas of fertility & abundance. During the time of Confucius 5th century BC, the ancient kings were ever careful about things which affected the human heart. They believed that sound arose from the heavens, was patterned into music through the heart and finally echoed into our physical world, producing a rich variety of music. The heart was the place where harmony arises & was the interpreter & transmitter from above to below. Therefore it was through the tones of ritual and music that brought people’s inner feelings and external conduct into balance to establish an atmosphere of peace in the nation.

The Emperor, with the help of his philosophers, mathematicians, astronomers, astrologists & high priests, set the foundation tone / pitch upon which the music of the entire empire was based. This perfect ‘Yellow Bell’ tone (known as Huang Chung) using celestial principles and cosmic proportions, was called after the colour of sacred wisdom, the Chinese imperial colour.  The Chinese did not conceive the universe as being static. The pitch of bells and all musical instruments were modified according to the astrological, seasonal and climatic changes.  The emperor could tell the condition of the individual cantons making up his  empire, by their pitch and musical representation. The Chinese are credited for the art of bell founding, making massive bells of 50 tons, to small Wind-bells (Feng-ling) that hang from the eaves of houses & pagodas. 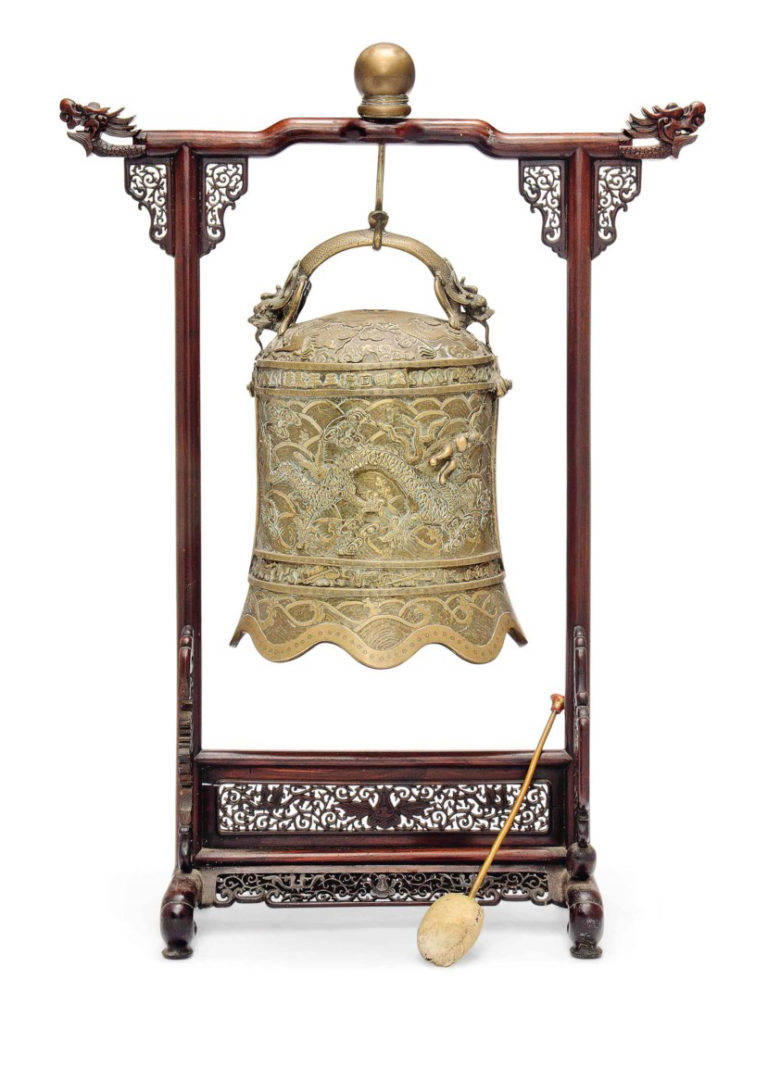 Small bells hung from pagoda roofs make audible the ‘sound’ of Buddhist law. The ringing of bells and of hand bells has a universal power of exorcism and purification, the warding off of negative influences, or at least a warning of their approach. They symbolize the intercommunication between Heaven and Earth. The Chinese temple bells, like those of Japan, are always of the clapperless type. The outer shell of the bell is symbolic of the female aspect. The clapper is male. In Tibet the bell represents the feminine principle representing Wisdom and is used in ceremonies.

In the Old Testament, the robes of the High Priest were adorned with golden bells. The Christian Copts of Africa & churches in Catholic Europe rang consecrated bells before & after services as a defense to ward off ill omen. In times of plague, bells were rung to disperse ‘corrupt airs’, a thinking which continued as late as the 17th century.

When funeral bells were rung the earthbound soul would rise to heaven. Because of the superstitions attached to bells & bell ringing, it came under severe criticism during the time of the Reformation bringing the ritual use of bells under strict control. Bells were used to summons, or as a warning of fire or danger. However, bells were joyful when they sounded at weddings or coronations.

The bell also had considerable influence on spiritual life at sea. It not only regulated the watches, but also was regarded as the ship’s soul.

Today they are still used at the beginning & end of marriage ceremonies – forming a protective, sacred space during which time the vows / the commitment of the heart between the couple takes place.